We do not hear enough of such initiatives.  The rebuilding of Mosul in Iraq that brings Christians and Muslims together to rebuild their places of worship.

The destructive chaos that resulted from the invasion of ‘the coalition of the willing’ from 2003 caused a chain of events that resulted in the rise of ISIS.  For several years ISIS and similar destructive forces destroyed so much in Iraq and Afghanistan.  Historic towns – with ancient history, buildings and artifacts – were destroyed.

Yet, with the indomitable spirit that resides in the human soul, people are rebuilding.

What is quite interesting about this documentary video is that we do not think of these different communities and faiths – in the ‘Middle East’ – working together.  Yet, they have done so for hundreds of years.

Many of us have been influenced – by specific media messaging that I think is quite deliberate – to believe that there have always been hostilities.  In speaking with Iraqis and Iranians over the years, they shared with me that there was more diversity in their societies that we, in the West, were led to believe.  For example, there is a well-established and influential Jewish community in Iran.  There are Christian communities in Iraq and other countries that we consider ‘Islamic’.

This video is a ray of hope in a world that can tend to be quite dark. 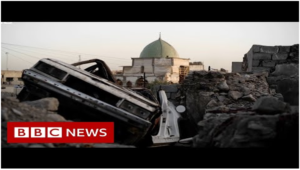